Madhuri Dixit danced to Ghodey Pe Sawaar from the film, Qala, starring Babil Khan and Tripti Dimri. She left her fans impressed with her dance moves. They said she danced quite well in comparison to Anushka Sharma, who made a special appearance in the song. Actor Madhuri Dixit took to Instagram and shared video as she grooved to Ghodey Pe Sawaar. She left fans impressed with her dance moves on Wednesday as she grooved to the popular song, Ghodey Pe Sawaar from Tripti Dimri, Babil Khan and Varun Grover’s movie, Qala. The original dance video featured Anushka Sharma in special appearance. Reacting to Madhuri’s dance, fans felt that she danced better than Anushka. Many fans reacted to her dance post. (Also read: Madhuri Dixit dances to Choli Ke Peeche Kya Hai on Indian Idol 13; fans are in awe of her ‘thumkas’. Watch) In the video, Madhuri decked up in green ethnic outfit with white embroidery on it, and wore matching bracelet. She left her hair loose. She danced and gave perfect expressions while Ghodey Pe Sawaar played in the background. She was all smiles and lip-synced to the song as well. The song is sung by Sireesha Bhagavatula and penned by Amitabh Bhattacharya, and music is directed by Amit Trivedi. Sharing the clip, Madhuri wrote, “Balma ghodey pe kyu sawar hai (why is my lover in a hurry)?” She used ‘wednesday’, ‘wednesday mood’, ‘ghodey pe sawaar’, ‘trending reels’, ‘reels instagram’ and ‘explore page’ as the hashtags. Singer Sireesha Bhagavatula commented, “OH MY GOD!!! The best (three red heart emojis) My mom would be on cloud nine seeing this!!! Fav fav.” Actor Chitrangda Singh wrote, “You’re love (red heart emoji).” 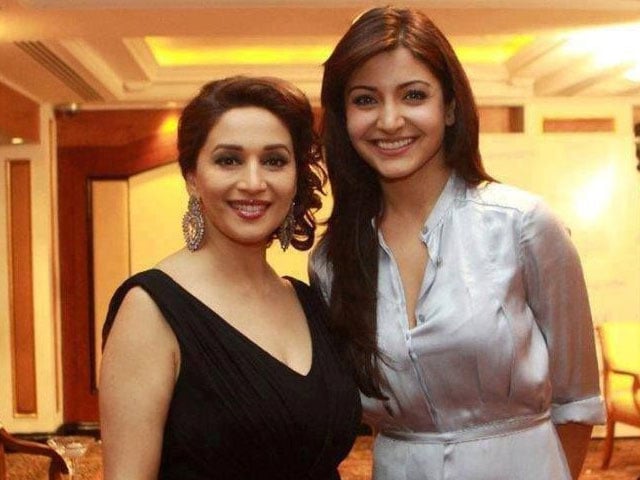 Reacting to Madhuri’s Dance Video, One of Her Fans Wote.

“She did it better than Anushka.” Another fan commented, “The queen of Reels is back.” Other fan wrote, “You are made for this song (smiling face with red heart eyes emoji).” A fan commented, “No one can defeat you.” “The epitome of grace and beauty”, added one. Qala was a psychological drama, which revolved around a young singer, who was haunted by her past, while she tried to win her mother’s approval. It marked late Irrfan Khan’s son Babil Khan’s acting debut in Bollywood. Anushka Sharma was seen in a retro look as she starred in a black-and-white sequence during the song Ghode Pe Sawaar. Madhuri was last seen in Maja Ma, directed by Anand Tiwari and co-starring Gajraj Rao, Ritwik Bhowmik, alongside Barkha Singh, which premiered on Amazon Prime Video on October 6, last year.

Varun Dhawan, who will be seen in the upcoming episode of Karan Johar’s ‘Koffee With Karan 7’, opened up about how he feels when the filmmaker casts some other actor in his films.Karan has not only mentored Varun but also shares a close bond with the actor. When asked if it bothers him when he signs Ranveer Singh in a […]

Tunisha Sharma Suicide Case: Sheezan M Khan reveals some reasons why they fought and split up in November. It seems the actress’ side has said that he cheated on her with another woman The tragic demise of Tunisha Sharma has shocked the nation. At 20, she hung herself in the bathroom of the makeup room of her co-star Sheezan M […]

It’s official! All the rumours you’ve been hearing are true and actress Hansika Motwani is soon getting hitched to businessman Sohael Khaturiya The actress made the relationship Insta-official, writing, “Now & forever,” in the caption to seal the deal. What’s more, she even shared pictures of the romantic proposal that took place in Paris, in front of the Eiffel Tower. […]

Kartik Aaryan and Sara Ali Khan were rumoured to be in a relationship while shooting for ‘Love Aaj Kal’, but parted ways right before the film’s release. The couple refrained from commenting about their romance, but now Karan Johar has confirmed that Karitk and Sara were indeed in a relationship. Going all out for the promotions of his chat show […]

Valentine’s day is just around the corner, and thus, we are more than happy to bring you the most romantic tales of your beloved Punjabi stars via special series – LoveMoments. Today, we bring to you the story of Punjabi gabru – Harrdy Sandhu, his lady love Zenith Sidhu, and a beautiful Valentine note Harrdy Sandhu and Zenith Sidhu have […]

Hrithik Roshan shared a beautiful candid photo of his rumoured girlfriend Saba Azad as he penned a romantic birthday post for her. In the picture, Saba is seen holding a microphone in her hand. Dressed in a white crop top and black pants, the actress looked stunning as ever. Hrithik captioned it, ‘The rhythm of you, the voice of you, […]